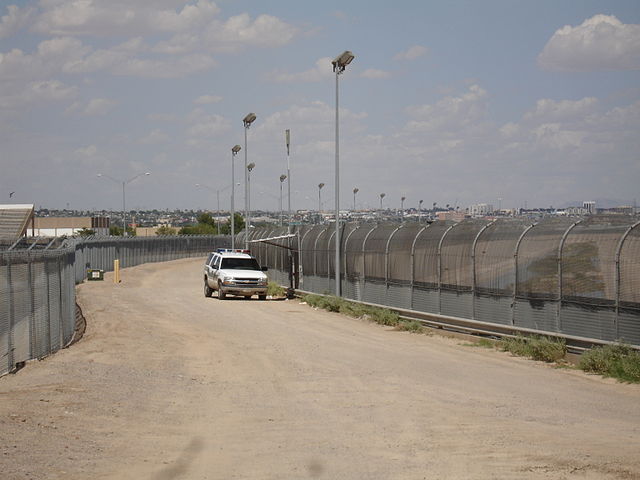 Speculation about whether the US Supreme Court would wade into controversial issues involving immigration policy and presidential power—in an election year, no less—is over. On Tuesday, January 19, the justices announced that they would hear oral argument on the arcane issues of justiciability and administrative law on which US v. Texas has so far turned.

But the court also upped the ante by announcing that it would consider constitutional arguments the lower courts punted on when enjoining President Obama’s DAPA program (the 2014 Department of Homeland Security “Guidance Memo” offering “deferred legal status”—i.e., three years of freedom from deportation, with potential eligibility to work and receive some government benefits—to millions of undocumented aliens whose children are US citizens or permanent legal residents and who meet five other criteria).

This commentary provides a court-watchers’ guide to the complex and cascading issues at stake in this important and high-profile case.

But, first, it’s worth emphasizing that US v. Texas is a textbook example of a phenomenon often true of law in general and constitutional law in particular: how political and social controversies get skewed and narrowed when the they end up in court. Ask most Americans (law-trained or not) what the big issues are surrounding the DAPA policy, and they’d likely cite personal hardships felt by undocumented immigrants hiding in the shadows of American law and society, the unfairness of letting some immigrants “jump the line” ahead of others seeking a path to citizenship through more conventional means and the like. These Americans would likely be surprised to learn that the Obama Administration’s loss to date has turned instead on arcane (yet highly significant in their own right) questions of standing to sue and administrative procedure. Of further surprise might be the strong possibility that the court will resolve the litigation without ruling on much-ballyhooed political claims that the administration is acting unconstitutionally by seeking to change immigration realities without congressional involvement.

The Challengers’ Standing to Sue

The first set of disputes in US v. Texas involves an issue often arising preliminarily in public-law litigation—whether the challengers have legal “standing” to sue government defendants. Under current standing doctrines, the challengers must suffer an injury that extends beyond a mere abstract policy dispute; in the words of a 2013 court decision [PDF], plaintiff must suffer an injury that is “concrete, particularized, and actual or imminent; fairly traceable to the challenged action; and redressable by a favorable ruling.”

Both the judge in the US District Court for the Southern District of Texas and two of three judges on the US Court of Appeals for the Fifth Circuit found standing based on the economic injuries that Texas (and perhaps other states among the 25 others joining the legal challenge) would suffer when DAPA applicants succeed in achieving deferred legal status. Specifically, jurists assumed that a substantial number of the estimated 500,000 newly deportation-free Texas residents would apply for drivers licenses, which are substantially subsidized by the state. The cost in Texas alone could be “several million[s of] dollars.”

This assertion of economic-injury standing presents the Supreme Court with doctrinal complications of broader import to the accessibility of federal courts as forums for resolution of highly salient controversies. For example, should Texas’ injuries be ignored under the doctrine that plaintiffs cannot “manufacture” standing by “self inflicted” injuries, because it is Texas’ decision to subsidize license fees for all residents, including non-citizens? Further, both the district judge and the circuit-court majority prominently invoked language from a recent court global-warming case [PDF] stating that sovereign state challengers deserved “special solicitude.” Thus, a dispute with bigger ramifications roils about the extent to which state governments will be able to claim standing in future cases by asserting injuries that could not successfully be claimed by non-state challengers.

Even more legally troublesome is the additional argument that states suffer injuries sufficient to confer standing merely when federal actions “impos[e] substantial pressure on them to change their laws.” As the dissenting Fifth Circuit judge noted, this is arguably a “breathtaking expansion of state standing” allowing “limitless state intrusion into exclusively federal matters” by “effectively enabling the states, through the courts, to second-guess federal policy decisions–especially decisions involv[ing] prosecutorial discretion.”

How Much Discretion Does DAPA Really Allow to Implementing Officials?

If a majority of the court agrees with lower-court judges that the challengers have standing, the justices will then face an intricate set of nested issues relating to administrative law and procedure. Despite distinct doctrines and precedents, these several disputes turned on a common question: Are DAPA deferrals, like other forms of prosecutorial discretion, “nonbinding and revocable determinations” made on a case-by-case basis (as the Administration argues)? Or, despite its facial language and the professions of federal officials, is DAPA, as the Fifth Circuit majority found, a program of “significant legal consequences” for millions “implemented without discretion to deny applications.”

Deciding among the competing characterizations requires answering several complicated factual and policy questions. Did lower-court judges justifiably discount as “merely pretext” Obama Administration claims that DAPA is discretionary? Is it fair to do that based on experience with a previous deferral program, the length of DAPA guidance (150 pages), political puffing by Obama or the testimony of the head of a public-employee union (who may have an axe to grind based on where DAPA decisional authority is lodged in the DHS hierarchy)? And did lower courts correctly rely on the inability of the Administration to show how many deferral applications were denied under a similar previous (“DACA“) program? Or is this what the dissenting circuit judge called illegitimate “burden shifting” because it was up to challengers to carry the evidentiary burden?

Answering these and other questions goes to the heart of whether the anti-DAPA challenge is precluded by Section 701(a) of the Administrative Procedure Act, which denies judicial review in the event of statutory preclusion or when “agency action is committed to agency discretion by law.” The discretion-versus-dictation issue also determines whether DHS could validly promulgate the DAPA policy without resorting to APA Section 553 notice-and-comment rulemaking. The APA exempts “general statements of policy” and “procedural” rules from notice and comment; in varying ways the extent and finality of the policy change accomplished by DAPA influences the availability of this rulemaking exception.

If the Supreme Court agrees with the majority of judges to date, DAPA would return to the rulemaking drawing board and face months of rulemaking procedures and a likely new round of post-promulgation court challenges. This would likely “run out the clock” on the Obama Administration, leaving DAPA’s fate to the next administration. If a Republican wins the White House, DAPA rescission would probably be high on the agenda.

Do Immigration Statutes and Past Practice Permit DAPA’s Policy Change?

And just in case this needs to get more complicated, the Fifth Circuit panel majority opened up a second, substantive front in the Administrative Procedure Act attack. Unlike the district court, which was content to invalidate DAPA on procedural (i.e., lack of notice-and-comment) grounds, the circuit-court judges additionally opined that DAPA violated separate APA Section 706(2)C because DAPA is “in excess of statutory…authority.”

If the Supreme Court similarly reaches this substantive dimension, the justices will be plunged into detailed disputes about the meaning of federal immigration statutes and the significance of past legal-status deferrals adopted by previous congresses and administrations. The Fifth Circuit majority’s statutory exegesis concluded that DAPA was “manifestly contrary” to Congress’ “careful plan” about “how parents may derive an immigration classification on the basis of their child’s status.” By contrast, the appeals-court dissenter saw these past enactments as endorsing broad DHS discretion generally and approving generous legal-status deferrals specifically.

The most provocative question of all is whether and how the court will end up deciding the constitutional question that it ordered litigants to additionally brief.

Under standard judicial-restraint principles, the justices should only assess the question of whether DAPA “violates the Take Care Clause of the Constitution, Art. II, §3” if they fail to resolve the controversy on less-fundamental grounds of APA compliance or standing.

If core separation-of-powers issues are reached, the statutory and practical questions posed by the Fifth Circuit’s substantive Administrative Procedure Act claim become wrapped in a doctrinal framework dating back to the 1952 decision invalidating President Truman’s executive order temporarily seizing steel mills during the Korean war and still not definitively resolved. Thus, the justices would consider whether DAPA “faithfully executes” congressional immigration policy to date—or is instead an unconstitutional example of a president “direct[ing] that a presidential policy be executed in a manner prescribed by the president.” Pragmatically, it will matter whether the administration seems to be acting with the “acquiescence,” opposition or indifference of Congress.

Because the lower courts did not opine on this constitutional dimension, the merits briefs filed with the court will be of even greater significance.

In the meantime, stay tuned!

Glenn C. Smith is a professor of Constitutional Law at California Western School of Law in San Diego. He is the co-author of CONSTITUTIONAL LAW FOR DUMMIES, a Dummies™-brand guide for law students, legal practitioners and interested laypersons.

This article was prepared for publication by Dave Rodkey, an Assistant Editor for JURIST Commentary service. Please direct any questions or comments to him at commentary@jurist.org.
Opinions expressed in JURIST Commentary are the sole responsibility of the author and do not necessarily reflect the views of JURIST's editors, staff, donors or the University of Pittsburgh.
Subscribe to JURIST