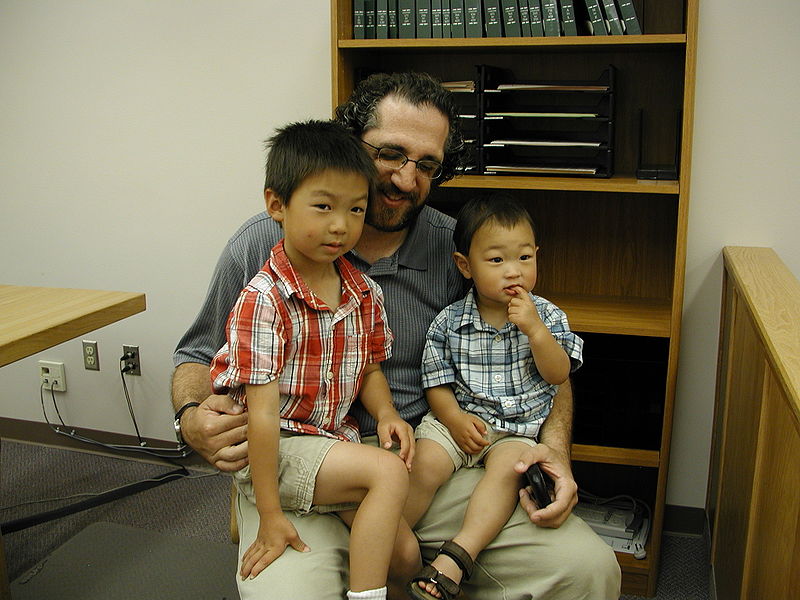 A November foster care review hearing in Utah captured national news attention because the foster parents are a lesbian couple, and, for that reason, the juvenile court judge ordered termination of the placement and transfer of the 9-month old child to heterosexual married foster parents. What is perhaps most surprising about the event is that many people are surprised by it, as if they assumed prejudice against sexual minorities would disappear when five US Supreme Court Justices ordered states to confer legal marital status on same-sex couples. Public support for LGBT persons had grown impressively before the decision in Obergefell v. Hodges, but that ruling might actually have the effect of ossifying the remaining antipathy, in the same way historians believe the court’s desegregation decisions did with racism and Roe v. Wade did with opposition to abortion. With some prejudices, success in the long run in eliminating them is more likely with gradual, democratic change than with imperious judicial mandate. If Obergefell has in fact caused widespread resentment, negative attitudes toward sexual minorities might remain strong for many years and manifest in a great variety of legal settings, especially those involving children.

Utah’s law governing foster care and adoption is similar to that of other states. It establishes placement priorities for children removed from parental custody. Another parent naturally comes first, followed by relatives of the child, then friends of the family, unrelated persons who are married next, and lastly an unrelated single person (provided such person is not in a cohabiting intimate relationship). An over-arching “best interests” standard ostensibly applies to all foster care and adoptive placements. In practice, this does not mean the chosen placement must be the best available after examining all possible placements; it generally means simply that the placement satisfies some minimum standard of suitability and is better for the child than the status quo (of remaining in parental custody or in a non-family setting under state supervision).

When an agency placing a child in foster care or an adoptive home assesses whether a placement is in a child’s best interests, it considers numerous factors relating to the future welfare of the child. These include applicants’ age, physical and mental health, health habits, diet, alcohol or drug use, maturity, financial means, relationship stability, flexibility, criminal and driving history, approach to discipline, home-safety precautions, neighborhood, integration into the community, extended-family support, and other children already in the household. A unique provision in Utah law emphasizes “the moral climate of the potential adoptive placement” as something a court must take into consideration before approving an adoption. This provision would likely influence judges in approving foster care placements as well, as these are often a prelude to adoption.

“Moral climate” is an unfortunately vague term that might cause some judges to make decisions based on their personal view of right and wrong regardless of whether there is empirical evidence connecting that view to any aspect of a child’s well-being. This danger exists even in states and legal contexts where there is no such explicit statutory direction. Whereas there would be little disagreement that it should count against any adoption applicants that they would teach a child the art of pick pocketing, the morality of many other aspects of a family’s home life would be viewed very differently by different people and arguably is something the state should not dictate. The lesbian couple in this Utah case in fact asserted that the true basis of the juvenile court judge’s order was solely personal ideology. But the judge himself alluded to (though without citing) scientific findings about child welfare—namely, supposed studies showing children do better in the custody of a heterosexual couple than in the custody of a same-sex couple.

However, even if the judge is correct that, all else being equal, it is better for children to be raised by a heterosexual couple than by a same-sex couple, the judge was clearly wrong to disrupt an existing relationship between foster parents and a child based solely on the fact that the foster parents were of the same sex. Utah law today does not make being in a same-sex marriage a categorically disqualifying factor for foster care applicants, and there is certainly no empirical basis for assuming that placement with any same-sex couple is worse than placement with any heterosexual couple. The judge’s assumption that one type of parental relationship has advantages over another would at best support making it a relevant factor, to be weighed along with innumerable other factors relevant to a child’s best interests—including, especially, the value for a child of placement stability once he or she has been in a particular foster home for a significant time.

A more difficult case for a judge who is truly focused on what is best for children removed from parental custody would be a decision about initial placement in a pre-adoptive foster home, when there is a choice between a same-sex couple and a heterosexual couple who are in other respects quite similar. Most liberal legal scholars and advocates for the LGBT community would say sexual orientation should not be considered at all. They might argue from an assumption that there is no factual difference whatsoever between the two home situations that is relevant to the child’s welfare, or they might rest their position on an assumption that gays and lesbians have a moral or constitutional right not to be discriminated against on the basis of their sexual orientation. Either assumption is, however, suspect.

I cannot here canvass the empirical literature and debates surrounding the studies. I will simply make three points: First, studies that look only for severely adverse outcomes cannot establish that being raised by a same-sex couple has no adverse effect on children. That a child does not commit suicide or end up in juvenile detention does not mean he or she has not suffered at all because of the nature of his or her home life. Second, acceptance by one’s peers is significant to a child’s psychological wellbeing, and in many communities in the US, especially those in religiously conservative states like Utah, being raised by a same-sex couple is still today likely to result in rejection by many, if not all, peers. Similarly, other parental characteristics can also hinder peer relations for children, and a child welfare agency or judge would ordinarily consider those. Third, we should listen to the voices of youths who have grown up in households headed by a same-sex couple, and instead of asking them questions impossible for them to answer (e.g., “Would you have been better off being raised by someone else?”) or too vague to be helpful (e.g., “Did you have a good upbringing?”), we should seek specific information (e.g., “Were you ever ridiculed or excluded or beat up by classmates because of who your parents are?” or “Did you ever feel anxiety at public events entailing parental participation, because you have two moms/dads rather than one of each?”).

The television series “The Fosters” provides a nuanced and realistic look at daily life of offspring and foster children in a household headed by a lesbian couple, and it certainly includes some struggles, even in liberal California. Importantly, this is not to suggest that such struggles are so important they outweigh other considerations, nor that children need or are entitled to a life without struggles. Rather, it is to say that having to deal with those struggles on top of the very difficult struggles arising simply from being a foster child—that is, a child separated from biological parents because of maltreatment and now desperately needing permanence and peace, is a cost child-welfare agencies and judges might justifiably take into account in deciding among available foster care placements, just as a judge would consider other potential obstacles to foster children’s comfort and successful integration in a community.

A normative assumption that sexual minorities possess an equality right against consideration of their sexual orientation in connection with foster care placements would also be false. If this consideration is factually relevant to children’s wellbeing, then children have a right to its being considered, and the sole proper purpose of a state choice of foster care placements is to effectuate any right of the child. A child welfare agency or court should be viewed as an agent for the child, making in behalf of the child a kind of decision that autonomous individuals are entitled to make for themselves—that is, with whom they will live and form a family. We adults have an absolute legal right to decline to enter into a family relationship with someone else, based solely on our judgment that doing so would not be in our best interests, taking into account any and all characteristics or circumstances of the other person that could create any sort of difficulty for us, and available alternatives. Vulnerable children should possess that legal right as well.

James Dwyer is the Arthur B. Hanson Professor of Law at the College of William & Mary, where he teaches family law, youth law, and law & social justice. He has authored a family law textbook, several monographs on children’s rights, and numerous articles relating to formation of children’s relationships and parental control within families.

This article was prepared for publication by Cassandra Baubie, an Assistant Editor for JURIST Commentary. Please direct any questions or comments to her at
Opinions expressed in JURIST Commentary are the sole responsibility of the author and do not necessarily reflect the views of JURIST's editors, staff, donors or the University of Pittsburgh.
Subscribe to JURIST