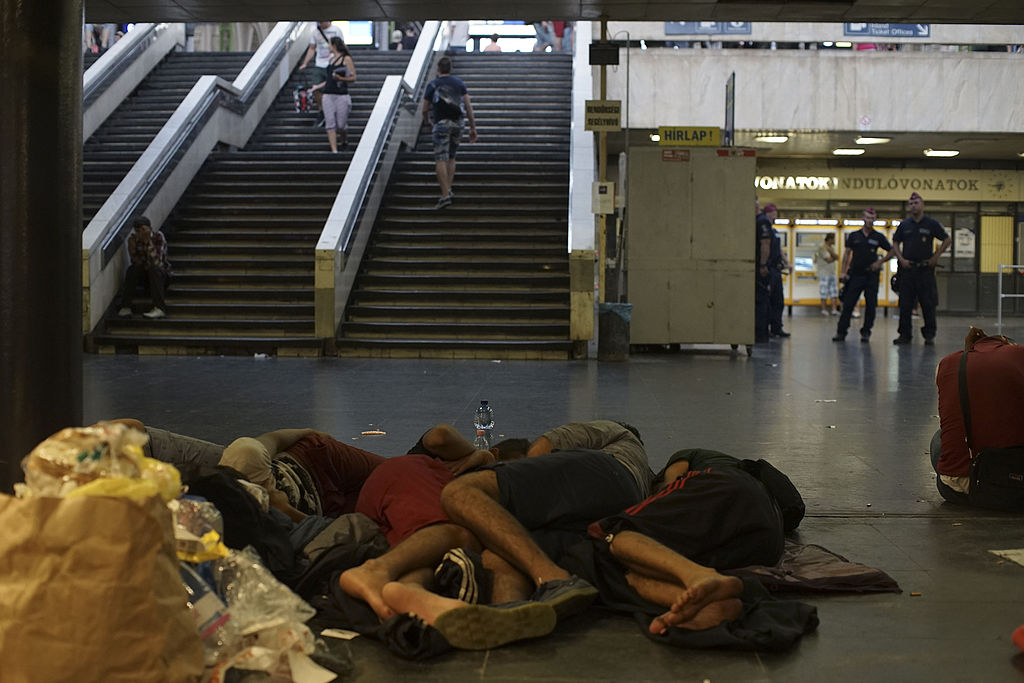 This commentary explores actions lawyers can take to hold signatories to the 1951 Refugee Convention accountable for protecting refugee and asylum seekers within or at their borders.

The 1951 Refugee Convention defines a refugee as “someone who is unable or unwilling to return to their country of origin owing to a well-founded fear of being persecuted for reasons of race, religion, nationality, membership of a particular social group, or political opinion.” The principle underlying the convention is one of non-refoulement. Article 33 of the convention defines non-refoulement as the promise to not return a refugee to a country where s/he may be persecuted. The 1967 Protocol modified the Refugee Convention broadening the definitional scope of who is a refugee and providing protection to “persons who have become refugees as a result of events occurring after January 1, 1951.

“Pursuant to the Refugee Convention, there is a refugee status determination (“RSD”) process “by which governments or [the UN High Commissioner for Refugees] UNHCR determine whether a person seeking international protection is considered a refugee under international, regional or national law.”

During RSD process, typically, individual interviews are conducted to determine whether an individual, an asylum seeker, is able to meet the legal criteria under the convention as a person fleeing persecution on account of a protected ground.

“During mass movements of refugees (usually as a result of conflicts or generalized violence as opposed to individual persecution), there is not—and never will be—a capacity to conduct individual asylum interviews for everyone who has crossed the border. Nor is it usually necessary, since in such circumstances it is generally evident why they have fled. As a result, such groups are often declared “prima facie” refugees.”

As a refugee law scholar and practicing refugee lawyer, it is hard to theorize regarding the future and effectiveness of the existing implementation of the Convention in various contexts, without seeking solutions to ensure that signatories to the Convention are upholding asylum seekers’ due process and basic human rights. The challenge becomes how to learn from the existing crisis in conjunction with other crisis and develop long-term strategies to hold signatories to the Convention accountable for treatment of refugees. The Convention provides a solid framework. The prevalent contemporary issue is to address the increasing number of countries who are new destinations for refugees.

When Hungary put up the barbwire and fences, their national RSD process required asylum seekers to present identification at the reduced border entries and demand asylum. It should be noted that rarely do asylum seekers have proper documentation as it is often lost in transit or intentionally not carried for protection. If the asylum seeker passes this stage, then s/he is given hearing before a Hungarian judicial authority to decide whether s/he has a fear of persecution under the Convention. When going through the Hungarian RSD process,recently Syrians have claimed that Hungarian officials are rejecting, within minutes, their asylum claims without a substantive review.

For example, NPR reported on Habbal who was one of at least 16 applicants to be rejected, in Hungary. He claimed that each person was turned down in a maximum of 20 minutes. “They didn’t ask about my life,” said Habbal, who claims he is a wanted man in Syria because of his involvement in anti-regime protests several years ago.

In July 2015, UNHCR called for Hungary to halt proposed legislative amendments to expedite asylum seekers claims to refugee status stating, “[w]e are asking the Hungarian government and public representatives to ensure that any amendments to its national asylum legislation are in conformity with international and regional protection standards, and are not contrary to those standards.”

In response to the humanitarian refugee crisis, various lawyers and human rights advocates around the globe have taken actions to provide legal representation and consultations to asylum seekers after their initial human needs are met. There are numerous legal aid projects in Uganda, Germany, Morocco and across the globe. Refugee law scholars, activists and advocates, like Professor Emerita Barbara Harrell-Bond, have successfully pushed for and globally implemented refugee legal aid programs to help asylum seekers navigate the legal and political barriers to asylum and hold signatories to their obligations under the Convention.

In 2012 I had the opportunity to work with lawyers, legal scholars and human rights activists in Morocco to provide assistance in creating Morocco’s first refugee legal aid pro bono representation project with the organization Droit et Justice. The goal of the project was to provide refugees with legal assistance in presenting their claims for refugee status. Three years after the initial implementation, the program has trained Moroccan lawyers and law students to assist asylum seekers in navigating refugee status determinations. The larger impact of Droit et Justice’s work has been helping Morocco as a new destination country for asylum seekers and migrants to develop its own national system for processing refugees. The EU’s Council of Europe has lauded Morocco as being an exemplar of how transit countries can manage migration flows, even though Morocco has more progress to make in this area.

In addition as we think through the effectiveness of lawyer interventions, we also can use the response to the US 2014 humanitarian crisis on the border as a tool to assess the effectiveness in providing asylum seekers with legal guidance in navigating national asylum procedures during chaotic humanitarian crisis. During the summer of 2014, the US experienced a significant increase in woman and unaccompanied children crossing the border fleeing violence in Central America. In response the US government opened a remote detention facility for women and children in Artesia, New Mexico. “During the first five weeks that the Artesia facility was open, officials summarily deported more than 200 refugees to Central America.”

Volunteer lawyers and law school immigration clinics from across the US, under the leadership of the American Immigration Lawyers Association, assembled to ensure that asylum seekers received proper due process rights in presenting their asylum claims in Immigration Court. The result was the significant decrease in expedited removals and women and children being able to properly assert their asylum claims.

In the US, the scholarly article, Refugee Roulette, highlights that “Represented asylum seekers were granted asylum at a rate of 45.6 percent, almost three times as high as the 16.3 percent grant rate for those without legal counsel. The regression analyses confirmed that, with all other variables in the study held constant, represented asylum seekers were substantially more likely to win their case than those without representation.”

These examples highlight that lawyers can play a key role in ensuring that asylum seekers rights to RSDs are processed in accordance with legal standards under the Refugee Convention and that the Refugee Convention is not only an aspirational document but also a means to hold signatories accountable for their obligations to protect refugees and migrants fleeing persecution. As we reflect on the current refugee crisis, implementing legal guidance for asylum seekers and refugees should be added to humanitarian aid that includes legal counsel to help navigate a nation’s asylum process and the general bureaucracy of legal rights associated with being a vulnerable migrant who has been forced to leave their home country.

Karla McKanders is an Associate Professor of Law at University of Tennessee Knoxville College of Law. She specializes in immigration, asylum and refugee law. Professor McKanders received her JD from Duke University School of Law.

This article was prepared for publication by Elizabeth Dennis, an Assistant Editor for JURIST Commentary. Please direct any questions or comments to her at commentary@jurist.org.
Opinions expressed in JURIST Commentary are the sole responsibility of the author and do not necessarily reflect the views of JURIST's editors, staff, donors or the University of Pittsburgh.
Subscribe to JURIST