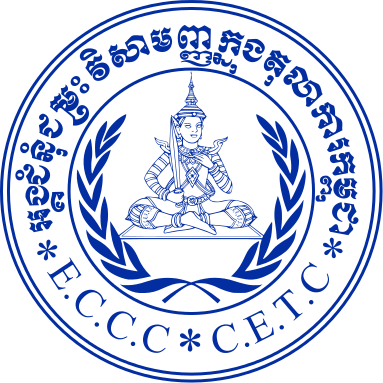 The Khmer Rouge was overthrown by the Vietnamese on January 7, 1979. However, this genocidal period was followed by an extensive civil war that lasted until 1998—when Pol Pot, leader of the Khmer Rouge, passed away and when the official Khmer Rouge political system and military structures were dismantled. During the civil war, extensive suffering by civilians continued. Those realities were exacerbated by the complicity of the Western world, which allowed the Khmer Rouge to continue to hold its seat in the UN until 1982, without any vocal objections raised by representatives. Because the American military aided Khmer Rouge guerrillas to fight against the Vietnamese who controlled and occupied Cambodia after 1979, the US had actually led most of the Western world to support the exiled Khmer Rouge over the Vietnamese-sponsored government of Cambodia. The US had hoped to use Cambodia to offset the balance of power in Asia, especially after having lost the Vietnam War just a few years earlier.

Issues of international recognition of the Khmer Rouge war crimes and the necessary steps that needed to be taken to hold Khmer Rouge leaders accountable continued to be overlooked even when Cambodian independence from Vietnam was reinstituted. At the Paris Peace Accords of 1991, human rights concerns were raised in Article 15, but they only stated that the Cambodian government must ensure that the Khmer Rouge does not return and that human rights conditions are monitored. Again, there was no mention of creating an international tribunal that would invoke the Genocide or Geneva Conventions on behalf of victims.

Even though the Cambodian government initiated a request for assistance from the UN to try Khmer Rouge leaders for their crimes against humanity in 1997, it was used primarily as a ruse to detract from the political coup that Hun Sen was planning against Norodom Ranariddh, leader of the FUNCINPEC opposition party. Ever since, Hun Sen and the CPP has resisted the establishment of an international criminal court. In a public speech in March 2009, Hun Sen openly said that he would rather the courts run out of money and fail than to pursue additional cases against former Khmer Rouge leaders, many of whom, including Hun Sen, continue to serve as high-ranking officials in the CPP.

Because of the acrimonious debates and impasses instigated by the Cambodian government, it took almost seven years for the UN to agree to a hybrid tribunal. The Law on the Establishment of Extraordinary Chambers in the Courts of Cambodia for the Prosecution of Crimes Committed During the Period of Democratic Kampuchea was signed into effect on June 6, 2003. Ultimately, Hun Sen agreed to a hybrid tribunal that would prioritize the Cambodian section of the court, allowing for a Cambodian judge majority. Also, as stated by the United Nations, “[t]he government of Cambodia insisted that, for the sake of the Cambodian people, the trial must be held in Cambodia using Cambodian staff and judges together with foreign personnel.” And according to the law, the ECCC “can only prosecute two categories of alleged perpetrators for alleged crimes committed between April 17, 1975 and January 6, 1979: 1) Senior leaders of Democratic Kampuchea; and 2) those believed to be most responsible for grave violations of national and international law.” So far, the tribunal has only considered four main cases: Case 001, 002, 003 and 004. More than ten years after the establishment of the ECCC and more than $200 million in donations later, it has only handed out two verdicts: one against Kaing Guek Eav, alias “Duch,” in Case 001 and one against Nuon Chea and Khieu Samphan in Case 002/01. Case 002/02 is currently being considered, and persons of interests for Case 003 and 004 have not been officially released.

In 2010, Duch was found guilty of crimes against humanity and grave breaches of the Geneva Conventions of 1949, especially as related to his involvement in Security Office 21 (S-21) Tuol Sleng Detention Center. Initially, Duch was slated to only serve nineteen years. His sentence was reduced by five years for being illegally detained in military court and by eleven years for that which he served while in detention. But after numerous appeals and public outrage, in February 2012, the “Supreme Court Chamber affirmed Duch’s conviction and sentenced him to life imprisonment.” The courts also clarified the charges and entered separate convictions for “the crimes against humanity of persecution, extermination (encompassing murder), enslavement, imprisonment, torture and other inhumane acts.”

In Case 002, there were four initial defendants: Khieu Samphan, the former nominal head of state; Noun Chea, also known as “Brother Number Two” and the movement’s former ideologue; Ieng Sary, the former foreign minister; and Ieng Thirith, Ieng Sary’s wife and the former minister of social affairs. But on August 7, 2014, only two judgments for Case 002/01 were handed down because because Ieng Sary passed away in March 2013, and his wife, Ieng Thirith was found unfit for trial because of her degraded mental state from Alzheimer’s Disease. Nuon Chea and Khieu Samphan were found guilty of crimes against humanity and sentenced to life imprisonment. On December 29, 2014, Nuon Chea and Khieu Samphan’s defense lawyers filed for an appeal against their judgments. The 270-page appeal focuses less on the innocence of the defendants and more on the legal proceedings of the hybrid court system (e.g., definitions of inhumane acts, timelines of forced population movements, political interference and witness questioning). With charges of corruption, graft and government bias and interference, the futures of Case 003 and 004 remain fraught with uncertainty.

Because the ECCC has only made two judgments more than thirty-five years after the fall of the Khmer Rouge, many question the efficacy of the joint tribunal. While most survivors were relieved to have finally sought some sort of recognition and justice, those who were found guilty were already in their 80s and will likely die soon from old age. After the judgments of Case 002/01 were handed down, instead of celebrating the successes of having sought justice, many Cambodian people mourned the losses of opportunities to try more than just three leaders of the Khmer Rouge. With a record of corruption, a lack of funding and international judge resignation, it is unsure how long the ECCC will continue. The multiple contradictions of this hybrid tribunal continue to raise questions about the purpose of the courts, the motives of the CPP and the international community’s lack of timely consideration and investment in trying Khmer Rouge leaders.

This article was prepared for publication by Joseph Macklin, an Assistant Editor for JURIST Commentary. Please direct any questions or comments to him at commentary@jurist.org.
Opinions expressed in JURIST Commentary are the sole responsibility of the author and do not necessarily reflect the views of JURIST's editors, staff, donors or the University of Pittsburgh.
Subscribe to JURIST