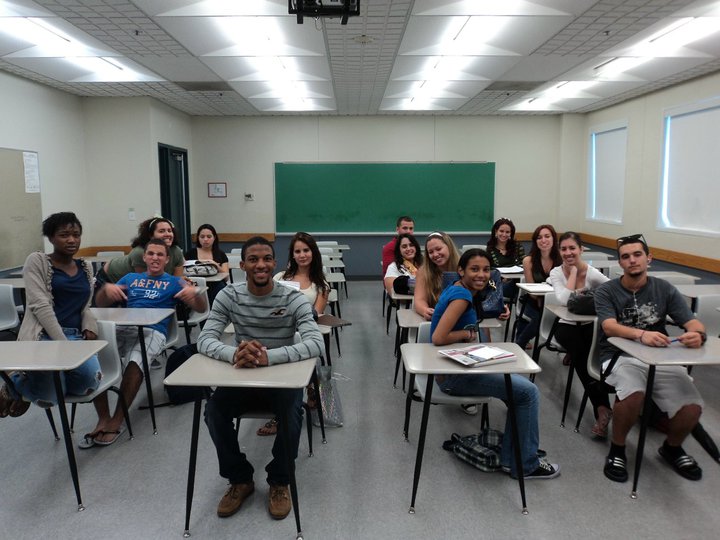 Imagine an African American Chicago Public School (CPS) freshmen student named Anthony. He wakes up every day at 6:30 a.m. to get ready for school. Anthony takes a shower, brushes his teeth, eats a bowl of oatmeal, checks over his homework and then heads out the door to school. The first faces Anthony sees when he arrives at school are city police officers who command the metal detectors that he must pass through before he begins class.

During second period, Anthony takes out his cell phone to let his mother know that he arrived safely at school, but the teacher reprimands him for violating the school code on cell phone use and sends him to the principal’s office. Anthony receives a three-day, out-of-school suspension. Anthony’s parents work during the day, and for those three days he remains at home unsupervised, hanging out with students who have similarly been suspended. Anthony returns to school during the week of finals and fails three of his tests because he missed important review sessions while he was suspended. Even though Anthony is only a freshman, he is now off track to graduate on time. He is suspended again during his sophomore year for being late to class and becomes more alienated from school. By Anthony’s junior year, the out-of-school suspensions have caused him to fall so far behind academically that he loses hope and drops out of high school. His dream of attending college is now a distant memory. Like many high school dropouts, Anthony’s job prospects are not promising. To make ends meet, Anthony falls into a life of crime that ultimately lands him in prison. What makes this story even more depressing is that this downward spiral started from an out-of-school suspension for his simple use of a cell phone. Anthony’s story is not unique, and CPS is currently in hot water for the disparate rate at which African American students are being removed from classrooms for even minor infractions. Exclusionary discipline [PDF] is any form of discipline that removes students from the classroom and includes in-school suspensions, out-of-school suspensions and expulsion. Unfortunately, the unequal treatment of African Americans in Chicago’s school system is not new and has deep roots in the nation’s third largest city.

The Obama administration is taking aim to help eradicate the rate at which minority students are disproportionately removed from the classroom and exposed to extreme forms of discipline. Attorney General Eric Holder stated: “Effective discipline is, and always will be, a necessity. But a routine school discipline infraction should land a student in a principal’s office—not in a police precinct.” The overzealous use of exclusionary discipline has become so out of hand in school districts across America that the federal government has issued a guide [PDF] on proper classroom discipline.

An effective strategy to decrease the disproportionate rate at which African American students are removed from school is to restructure CPS’s Student Code of Conduct [PDF]. As the code currently stands, behaviors are categorized into six groups, ranging from “Inappropriate Behaviors” to “Illegal and Most Seriously Disruptive Behaviors.” CPS’s Student Code of Conduct gives principals discretion in determining the “appropriate” punishment for students that have violated the code. This discretion in the code allows for racial bias, whether intentionally or subconsciously, and comes into play when an African American student is punished. As a result, African American students are receiving more extreme forms of punishment at substantially higher rates than white students. For example, under Group 3 “Seriously Disruptive Behaviors,” a student’s punishment for unauthorized use of a cell phone can range from a teacher/student conference to an out-of-school suspension. With such a wide range of disciplinary latitude, a principal who holds a racial bias could easily suspend an African American student from school where a warning would have been sufficient. In addition, under Group 2 “Disruptive Behaviors,” a student’s punishment for disobeying the authority of school personnel can range from a student self-reflection sheet to an in-school suspension. Again, this leeway makes it very easy for a principal to issue punishments that remove African Americans from school, causing dire future consequences.

While CPS has recognized that African American students are being removed from school at a higher rate than white students and have made limited changes to its Student Code of Conduct, more steps need to be taken to eradicate this problem. For starters, the punishment must be in direct correlation with the student’s offense. Cell phone use does not warrant an out-of-school suspension. A principal should not be able to order that one student have a parent/teacher conference while another receives a suspension for the same offense. Until the leaders of CPS are willing to sit down and address this disparate discipline issue, African American students will continue to suffer from this disparity.

Ashley Varnado received her B.A. in political science from Xavier University of Louisiana and is currently a student at St. John’s University School of Law. Ashley currently serves as a Notes and Comments Editor for the Journal of Civil Rights and Economic Development.

This article was prepared for publication by Yuxin Jiang, an Assistant Editor for JURIST Commentary service. Please direct any questions or comments to her at commentary@jurist.org
Opinions expressed in JURIST Commentary are the sole responsibility of the author and do not necessarily reflect the views of JURIST's editors, staff, donors or the University of Pittsburgh.
Subscribe to JURIST